A guiding light since the early 1800's and an old Ohio treasure, the Marblehead Lighthouse is the oldest lighthouse on the Great Lakes in continuous operation. The first Great Lakes lighthouse to ever have a female lighthouse keeper, it has even made an appearance on a postage stamp! 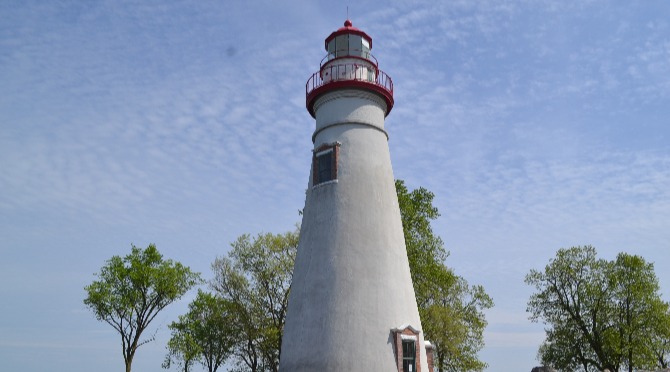 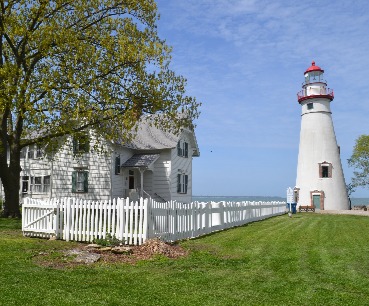 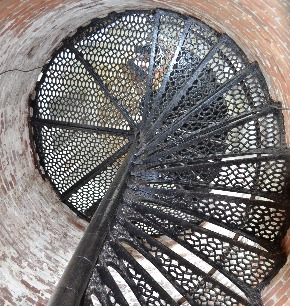 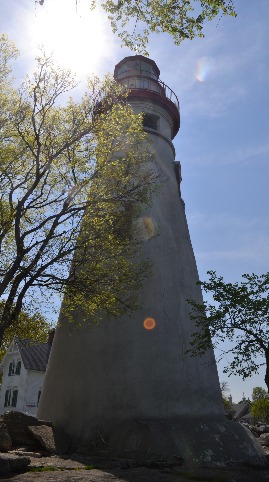 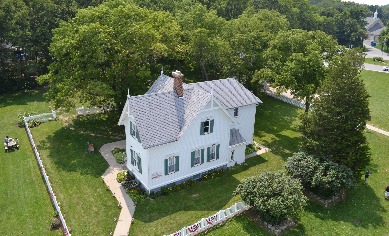 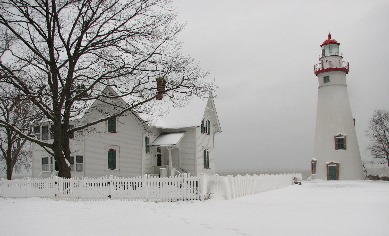 On a trip to Lake Erie or its surroundings, a stop at this historical site is an absolute must. Whether you're a history buff who takes pride in knowing all about your country's grand past, on a family vacation, or just want to bask in the magnificent light of a sunset over the lake, the Marblehead Lighthouse has something unique to offer you. The grounds around the lighthouse tower, with their stunning views of Lake Erie, Sandusky Bay, Kelley's Island and South Bass Island, are the perfect place to bring out the picnic basket. These grounds are also the only place in the entire country where you'd be able to see the tiny and elusive 'Lake Side Daisy', a protected species.

The lighthouse is now, obviously, powered by electricity, but things weren't always that easy.

When it was first built, one man was responsible for the safety of all the souls trying to navigate their way through Lake Erie's nor'easters and the cluster of small islands that dot the southern coastline of the lake. This man was Benajah Wolcott, one of Marblehead peninsula's first settlers. Born on April 7, 1762, he enlisted in the army at the age of 14 and served until he was 22 years old. Appropriately, it's his house that is now known as Keeper's House and preserved as a monument to the courage and determination of the early settlers of the peninsula. Each night, he would climb the spiral staircase to the top of the 50-foot tower and light the 13 whale oil lamps that so many depended on. Wolcott also kept a record of passing ships and weather conditions and organized rescue efforts. When Wolcott died due to cholera in 1832, his wife Rachel took over and kept the lamps burning for him.

The lamps were replaced after a while by a single kerosene lantern and a Fresnel lens to magnify it. Later, more improvements were made to the tower with the installation of rotating mechanism called a "clockwork system". The system looked like a large grandfather clock with weights in a large pipe in the centre. The lighthouse keeper had to crank the weights to the top every three hours, and a metal table holding the lantern would rotate as they descended, creating a dazzling flash of light every ten seconds.

The U.S. Coast Guard took the Marblehead Lighthouse over when its last civilian keeper resigned in 1943. It was the end of an era, as the lighthouse was automated fifteen years later, and a new 15 pound lens used so that the tower flashed a green light every six seconds. In 2004, the Fresnel lens was taken off display at the Marblehead Coast Guard Station and taken home to the Keeper's House.

The House is now the site of many activities and events, designed to teach today's visitors about the first settlers' lifestyles and challenges. Activities include pioneer cooking demonstrations, concerts, and the Lighthouse Festival. You could also drop by the gift shop and pick up a souvenir of your visit either for yourself or your friends at home.

You can go and see the lighthouse, which is located at the entrance to Sandusky Bay in Marblehead Lighthouse State Park, on any weekday afternoon after Memorial Day and before the Friday before Labor Day between 1:00 p.m. and 4:45 p.m. The U.S. Coast Guard Auxiliary also provides tours on the second Saturday of June and July, as well as during the annual Lighthouse Festival in October.

No visit to the Marblehead Lighthouse is complete if you don't drop by the Keeper's House which is the oldest known home in Ottawa County to still be standing. These days, it's being preserved by the Ottawa County Historical Society and used as a museum. The mission of the Keeper's House Committee which maintains the place and organizes events is to "make it a place where history comes alive and where education, music, drama, crafts, work and fun intermingle to depict life on the Ohio frontier in the early 1800's".

The Keeper's House is open to visitors between 1:00 p.m. and 5:00 p.m., Monday through Friday, from early June through to late August in addition to those Saturdays when the Lighthouse is open for visitors.